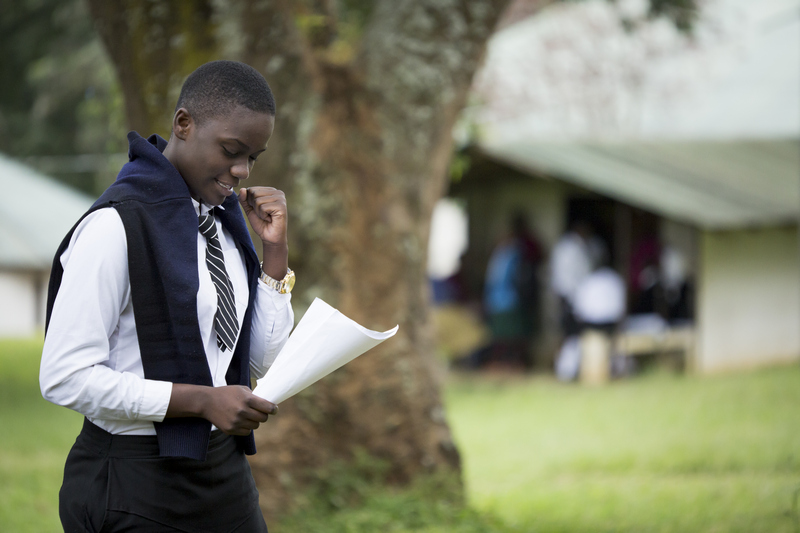 I urge parents, teachers, and the community in general to start seeing life skills through a different lens as the world is changing fast.

The World Economic Forum says that 65% of kids entering school today may ultimately end up in jobs that don’t yet exist. People will need soft skills to rapidly adapt and thrive in an uncertain world. These include problem solving, critical thinking, creativity, communication, and emotional intelligence. With this in mind, I have been reflecting on my own childhood. 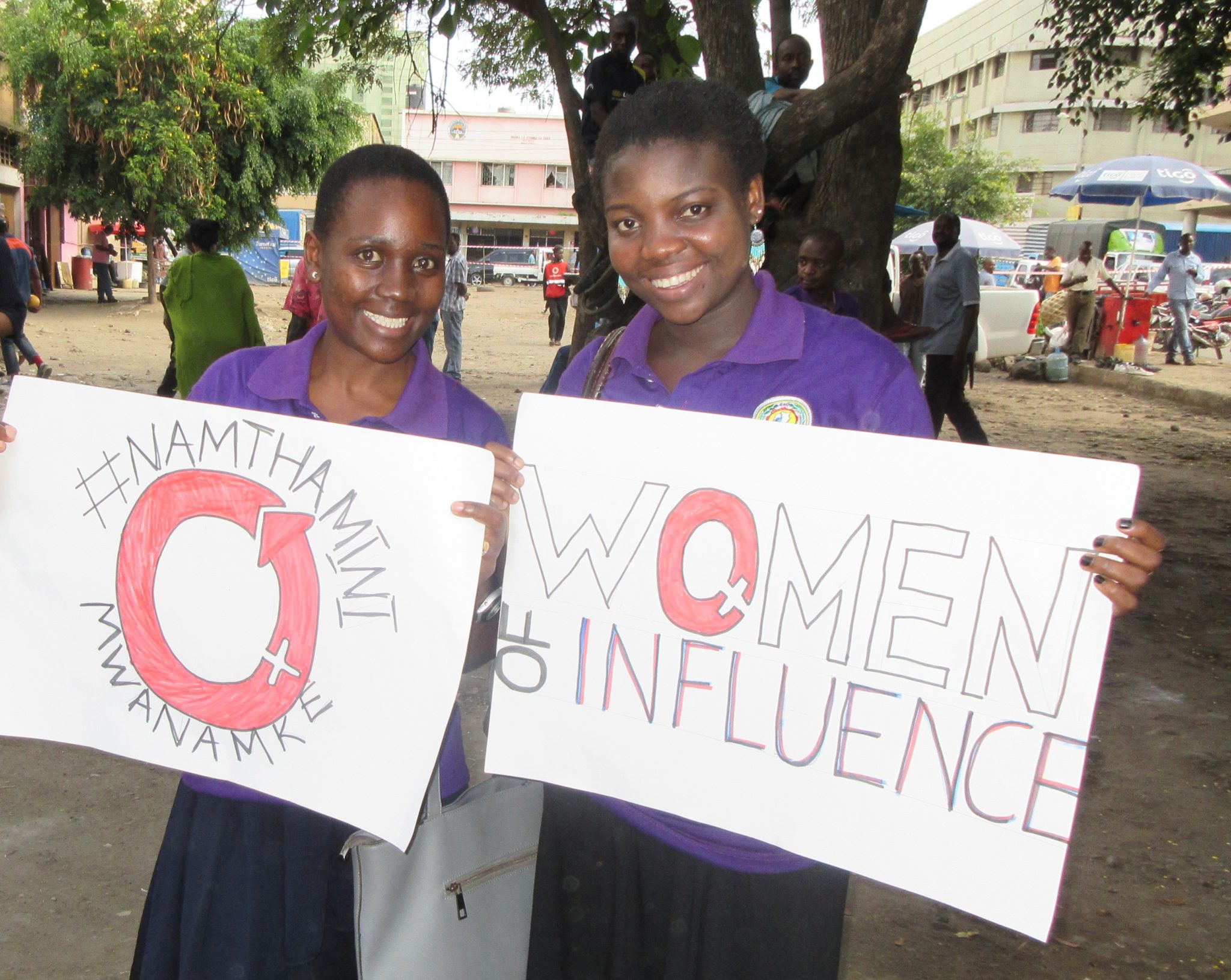 Every decision concerning me as a girl in Tanzania was made by my parents or guardians without me being involved. I was told which friends to hang out with and which ones not to associate with. I was told what to wear on a Sunday and what to do from the moment I woke up to the moment I went to bed. Making decisions for the first 23 years of my life wasn’t something that concerned me because I was brought up believing that only adults make decisions.

Similarly, many subjects were labeled for adults only. We were not to hear these things, as it was believed that they were not age-appropriate for us. I also remember most of the rules that I had to abide by when I was young. One of the rules that I hated was not to speak in the presence of elders unless you are told to do so. The only time you were allowed to speak was when you greeted the elders and responded “yes” to a task assigned to you by them.

Young girls grow up believing that being confident and determined in what they want is being rude, asking questions to elders or their teachers is a lack of good manners, and that they are not good at anything unless men do them a favor and support them. You might be asking yourself now, “Why am I shy?” In my community, girls who were not shy were assumed to be engaging in unhealthy lifestyle practices, such as being exposed to sexual activities and were considered disrespectful, rude, and basically just weird. 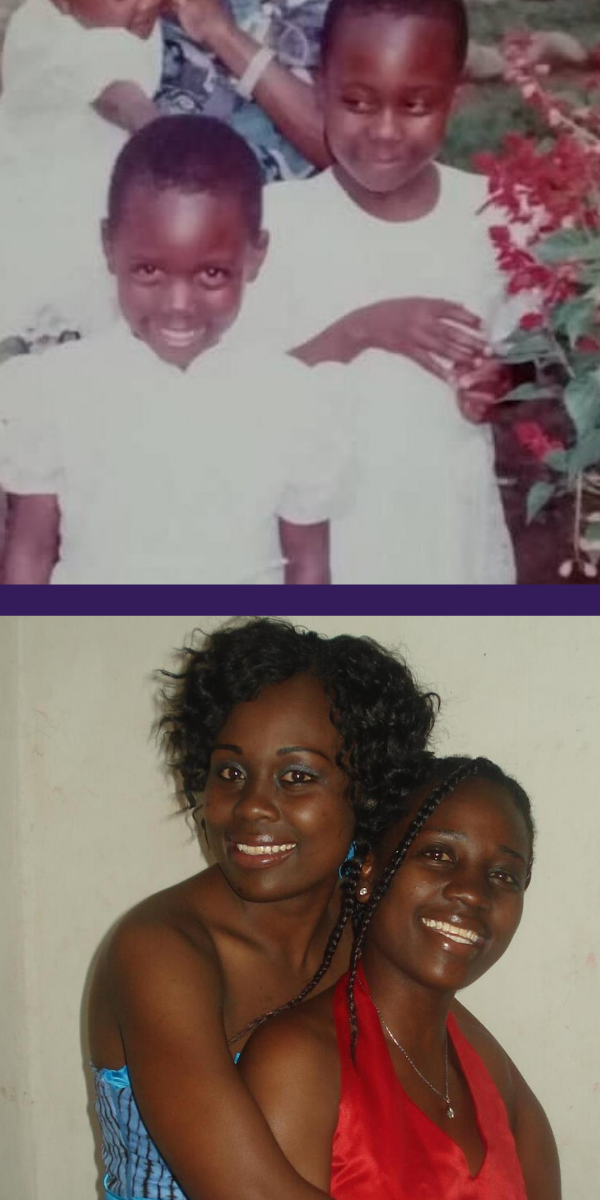 My sister and I – then and now!

One day my sister and I were sitting and we saw a pregnant woman passing by. We were so curious to know why she had a big belly. We ran home and asked our older cousin, “We saw a woman with a big belly, is she pregnant?” I still remember the painful consequences of saying the word “pregnant.” We were beaten and told not to ever say that word again.

As a teenager, some people came to my school and taught my schoolmates and I a few things about growing up. Girls were separated from boys and the education we got was mainly based on the fact that we girls are going to start having our periods, and we need to take care of ourselves so that we won’t become pregnant. We were told, “Boys are bad. Stay away from them.” I didn’t understand anything, but I followed the instructions because we were told that being with boys would lead to contracting HIV, a very contagious and deadly disease. I obeyed.

There was also a rule of not touching anything without being told. One day my sister was curious to know where the voice of the people in the radio came from and suggested that we break the radio and see if those people will come out. I was hesitant but also curious to know. I told my sister that we should ask our dad – he must know where those people are hiding. My sister reminded me that we are not allowed to ask adults questions. Hence the only way to find out was to break the radio and so we did. I will never forget the beating afterward.

I eagerly waited to be an adult so that I could know those adult things. When I graduated from university with a GPA of 3.9, I was so happy and thought I had it all. To my surprise, my parents suddenly shifted from making decisions for me to expecting me to make those decisions entirely myself. Yet no one ever taught me how to do this. I was thrown into a world that was new, scary, and hard to cope with.

My first job interview is a great example of this uncertainty. I entered the room and there were two older women and one white man. I was sweating, nervous, and shaking. When they asked me my name, I actually couldn’t remember it. I didn’t know what to do. They were so kind and told me to relax. I collected myself, started to talk to them and landed the job, which involved organizing volunteers who came to Tanzania from many countries.

Now, almost ten years later, I look back and realize a lot of things that went wrong. I understand that I lacked the most important skills that I needed to be able to face life challenges and that this was mainly because of how I was raised and because my community described how I should be. I had to learn these skills on my own as an adult. 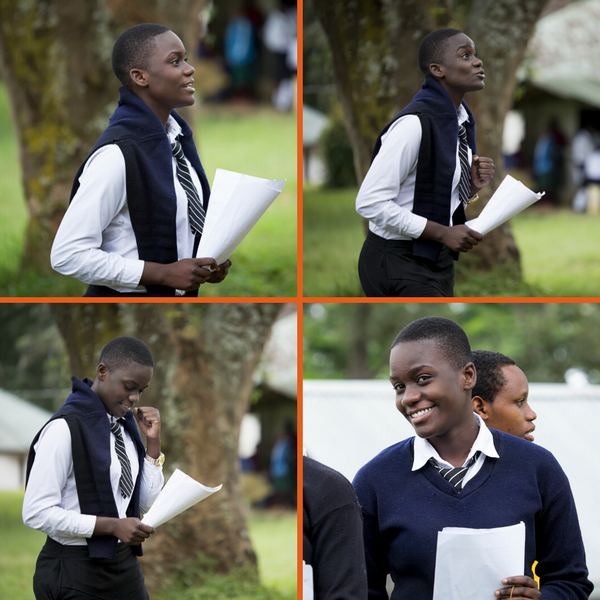 A Kisa Scholar practices her Year 1 Presentation. She has identified a problem in her community and will propose a solution in front of a panel of judges, building her public speaking skills.

I was so lucky to come across another organization, AfricAid (now Girls Livelihood and Mentorship Initiative – GLAMI), that teaches girls about life skills. Becoming a Mentor for them changed my whole life. I came to realize some very important things:

Working in this field is very challenging as many people still believe that “life skills” are only about sexual health, reproductive education, and HIV/AIDS. In fact, life skills encompass critical thinking, creativity, and emotional intelligence that enable a person to cope with life as a whole and contribute to their community. These are the exact sorts of skills that we teach girls in our Binti Shupavu and Kisa Project programs while they are still in school. 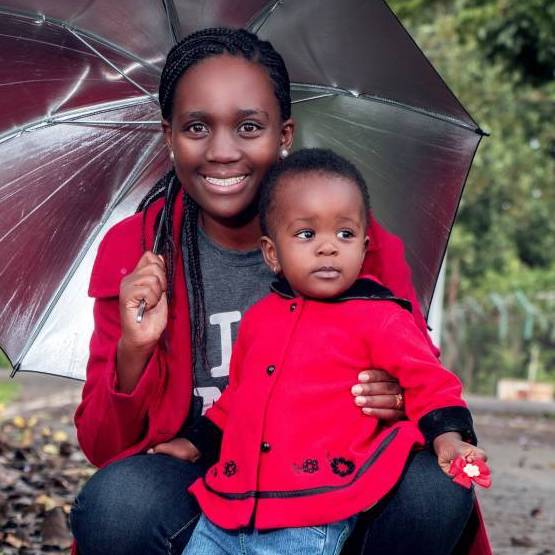 Now that I am a mother myself, I allow my daughters to be curious and question me about anything. My older daughter is 3 years old, and at this early age, I am already allowing her to make simple decisions like what she would like to wear to school and which color she would like to use for her drawings. I believe this will encourage her to express her opinions and help her to make bigger, more important decisions when she becomes older.

I urge parents, teachers, and the community in general to start seeing life skills through a different lens as the world is changing fast. In fact, the Education Commission projects that up to half of today’s jobs are at risk of disappearing due to automation by 2030, increasing the demand for high-level skills. More than ever before, kids need to learn how to analyze problems, ask questions, negotiate, and make decisions. I envision a world where young girls grow up believing that being confident and determined will help them succeed. In this future, all children are encouraged to ask questions and find support regardless of gender. It is through these soft skills that hard results, such as people working together effectively, are created.

Devotha was hired by AfricAid TZ (now Girls Livelihood and Mentorship Initiative, or GLAMI), in 2012 as a Kisa Mentor.   She was promoted to Kisa Project Manager in 2014 and led the expansion of the girls’ leadership program to the Kilimanjaro Region.  She became Director for Programs in 2018, overseeing the Kisa Project and the newer Binti Shupavu life skills program in both the Arusha and Kilimanjaro Region.  In 2020, she became Managing Director for Programs for GLAMI, which is AfricAid’s program implementation partner in Tanzania. Devotha holds a bachelor’s degree in language studies from the University of Dar es Salaam.

Learn more about Devotha’s dedication to the girls’ empowerment field through this interview, as well as her joint interview with the Managing Director for Operations, Monica Swai.