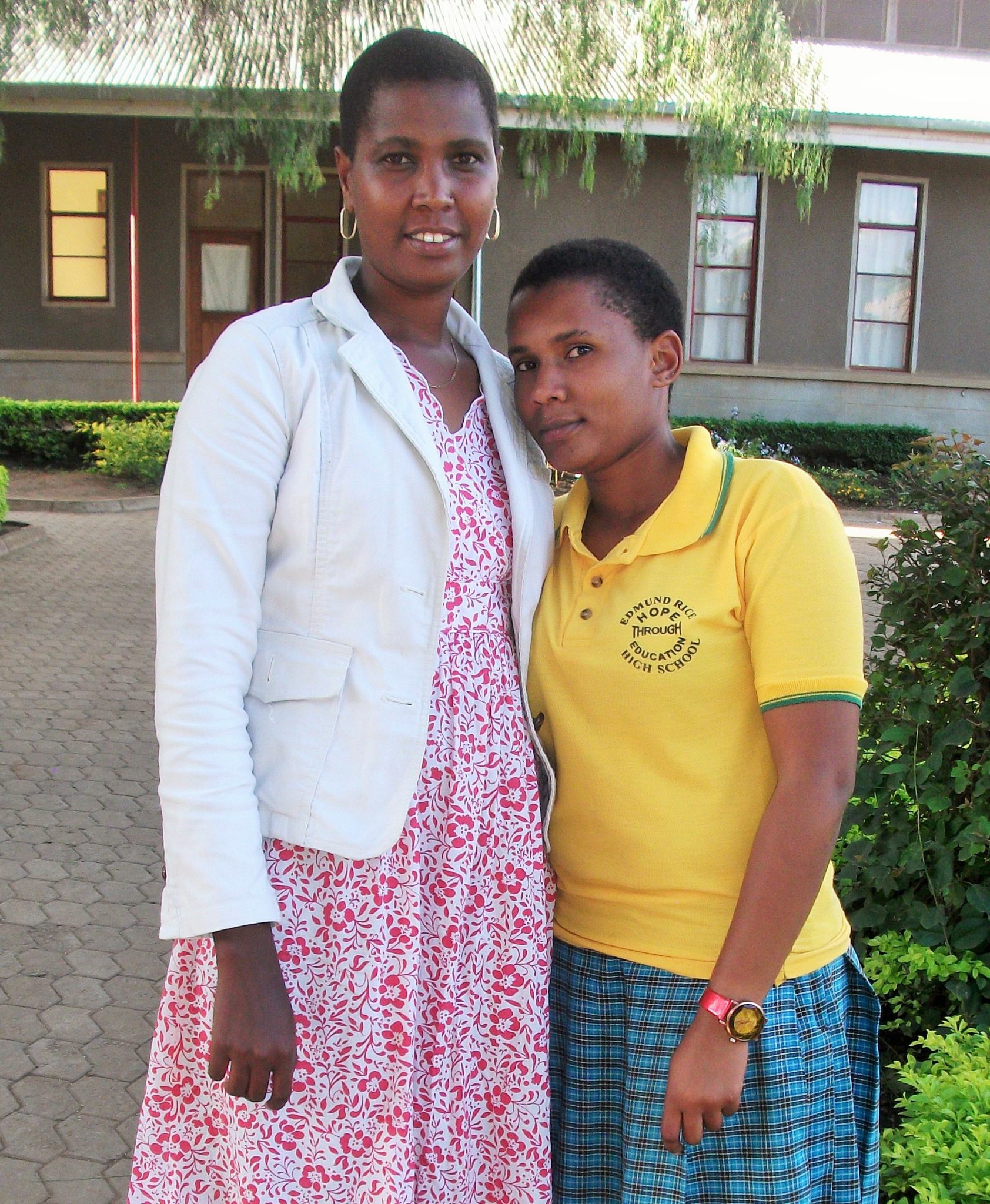 Doris and her Mentor Esther

Just like so many Tanzanian girls, Doris (17) a Kisa Year Two Scholar at Edmund Rice Sinoni Secondary School, was a shy and confused girl. She was not good at speaking her mind or taking part in making decisions when it came to her family or school affairs. She was a person who nodded her head in agreement with other people’s decisions even when she had a different opinion.  Doris loved politics and it was a big dream of hers to be among the greatest female politicians in Africa but with her shyness and fear of being wrong she put that dream to bed. That was before she met Esther, AfricAid Kisa Project Manager and her Kisa Mentor.

After joining the Kisa Project and participating in the weekly training with Madam Esther, Doris started to confide in her Mentor.  Almost every day after the Kisa group training she looked for Madam Esther to get a five to ten minutes private session where she shared her personal feelings, inner fears and dreams. These sessions together with the trainings gave her the courage to face her fears and start to participate more in Kisa Classes and her normal school activities.

In Tanzania, girls Doris’ age who are lucky enough to attend secondary school, are boarding and are away from the nurturing influence and wisdom of their mothers. AfricAid’s Kisa Mentors act as a surrogate mother for Kisa Scholars, giving them the nurturing attention and advice a mother normally would provide to help guide them through the difficult adolescent years.

This is exactly what Doris found in Madam Esther.  Doris is very grateful and excited to have found a mentor, a role model, a mother, a sister and a friend in Esther. “I have learned so much in such a short period with Madam Esther that has made me more confident and believe that with hard work I can make my dreams come true.  I’m even going to apply in Political Science when I reach University  because I am now able to see myself as the leader that I wanted to be,” said Doris when asked her how her relationship with Madam Esther has transformed her life.

“This is a mutually beneficial relationship” said Madam Esther, “as Doris has showed me that I have something within me to share and as little as I think my spending time to listen to someone else is, it can be a great turning point for them.”  Esther speaks for all the Kisa Project Mentors when she says, “I am inspired seeing a girl grown and come to realize her potential, gradually taking responsibility for her own life and that of her community.”

As our Kisa Scholars go through AfricAid’s leadership and life-skills curriculum, they, in turn, learn how to become better mothers themselves.  Their children will be healthier, better educated, and have more financial security as the intergenerational cycle of poverty is broken.