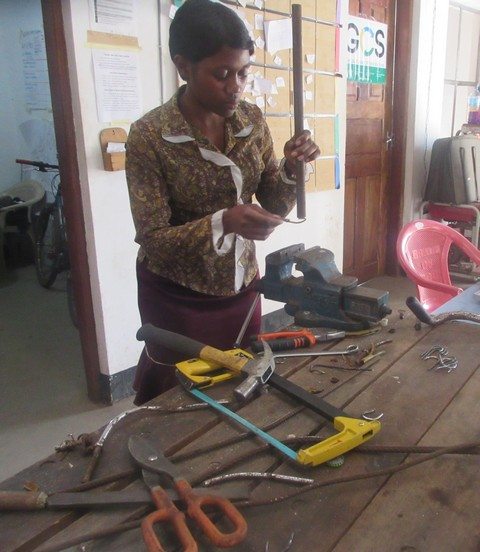 As Kisa Scholars near completion of AfricAid’s two year program, their eyes and minds are open to the possibilities around them.  The hands-on experience of the 2 Day Challenge whets their appetite for creating sustainable solutions to problems in their communities.  For some graduates of the Kisa Project, participating in one of Twende’s Innovation Workshops is a natural next step.

Twende (Swahili for “let’s go”) was started by Jim Elsworth ten years ago in Arusha, Tanzania to identify local needs and engineer new technology solutions, empower entrepreneurs, offer business support and encourage local innovation.  Five years later, Bernard Kiwia founded an organization called AISE! (Swahili for “Wow!”), which focused on running creative capacity building workshops, offering mentorship and advising aspiring innovators.  The two men realized their common mission and approach and, in 2015, joined forces.  Jim and Bernard believe “Everyone has the ability to innovate and we are determined to prove it.”  Their proven track record has attracted the support of MIT and the Segal Family Foundation and they have worked with over 500 secondary school students, farmers and micro-entrepreneurs.  Over half of the workshop participants have been female.

For context, it is important to know something about many of the technologies that make their way to Tanzania.  They are:

In response to this, here is Twende’s philosophy. 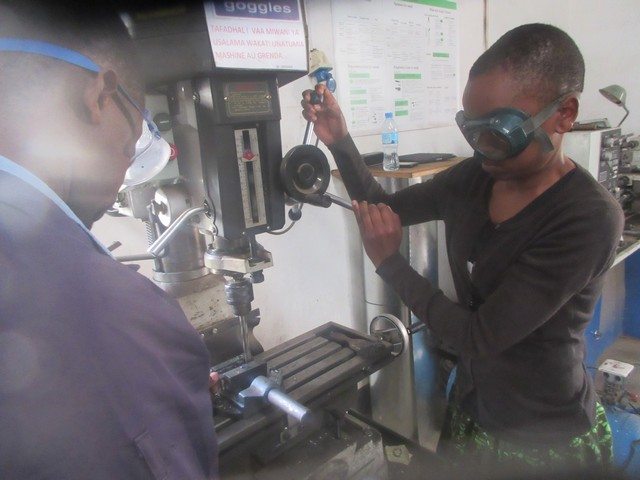 “We believe in collaborating with students and community members in Tanzania to identify their challenges and design and create their own solutions to their problems.  This will contribute to a world with improved access to technologies that improve people’s lives, a stronger local economy, and a nation of innovators and problem solvers.”  And, WE know that Kisa graduates have the skill set to enable them to do this!

Through the Kisa Alumnae Network (KAN), Kisa continues to support its graduates.  Opportunities such as the Twende Creative Capacity Building workshop are announced through the KAN Facebook page and Whatsapp group.  Kisa alumnae are spread throughout the entire country, so it is generally easier for those in Arusha to attend Twende.  Thus far, AfricAid has sent 18 Kisa Alumnae to the week-long workshop, 13 in June, 2016 and 5 more in July, 2017.  “It is a great opportunity for the alumnae who have a strong passion for design and technology to learn practical applications,” said Nice Kahembe, former Kisa Mentor.

In the words of a Kisa Alumna:

Kisa Alumna Rhema Mkuti reflected on her recent innovation training (with the addition of some comments that show how the Kisa Project is the perfect foundation for this type of instruction.) 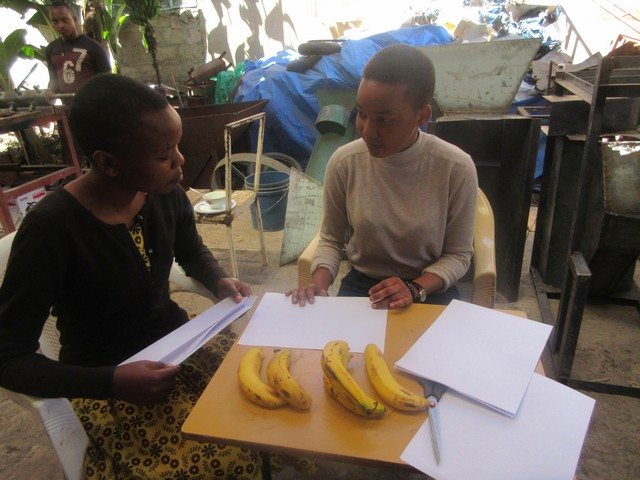 One exercise required students to figure out how to use just 2 sheets of paper to hold 10 bananas! July, 2017

The training helped us to think about the possibility of being innovative and creative and to use available resources to change our lives and those of the community as a whole.  (Kisa Scholars are very focused on improving their communities.)

We learned the ten steps of the innovation process, from problem identification to testing and collecting feedback.  We learned that for any innovator to succeed in his or her innovation, this cycle has to be an ongoing and endless process.  Many innovators, social entrepreneurs and leaders fail in implementing their ideas because they fail in working through these steps.  (Kisa lessons address determination and perseverance.)

In just five days, we did six different activities and four projects , including designing and making a blender and bottle opener, recycling charcoal dust , alternative energy sources for cooking and creating a good place to store milk for a long time.  We were given the chance to present our project in front of an audience of both Tanzanians and foreigners, who showed great interest in what we were doing.  (Sound familiar?  Kisa Scholars get public speaking experience through the End of Year One Presentations and the 2 Day Challenge.) 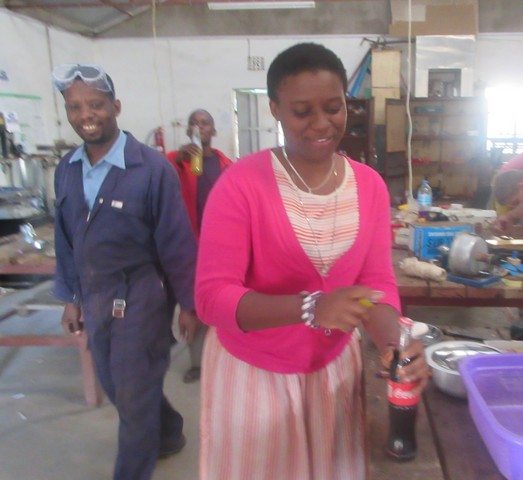 A Kisa Alumna tries out her handmade bottle opener during the Twende Innovation Workshop. July, 2017

In summary, Rhema said, “In a real sense, this training opened our inner eyes and provided us with the insight to see that things can be made from what we already have.  It is true that new products can be made from what is seen as rejected, dusty or broken.  We only need innovation to make this world a better place to live.”