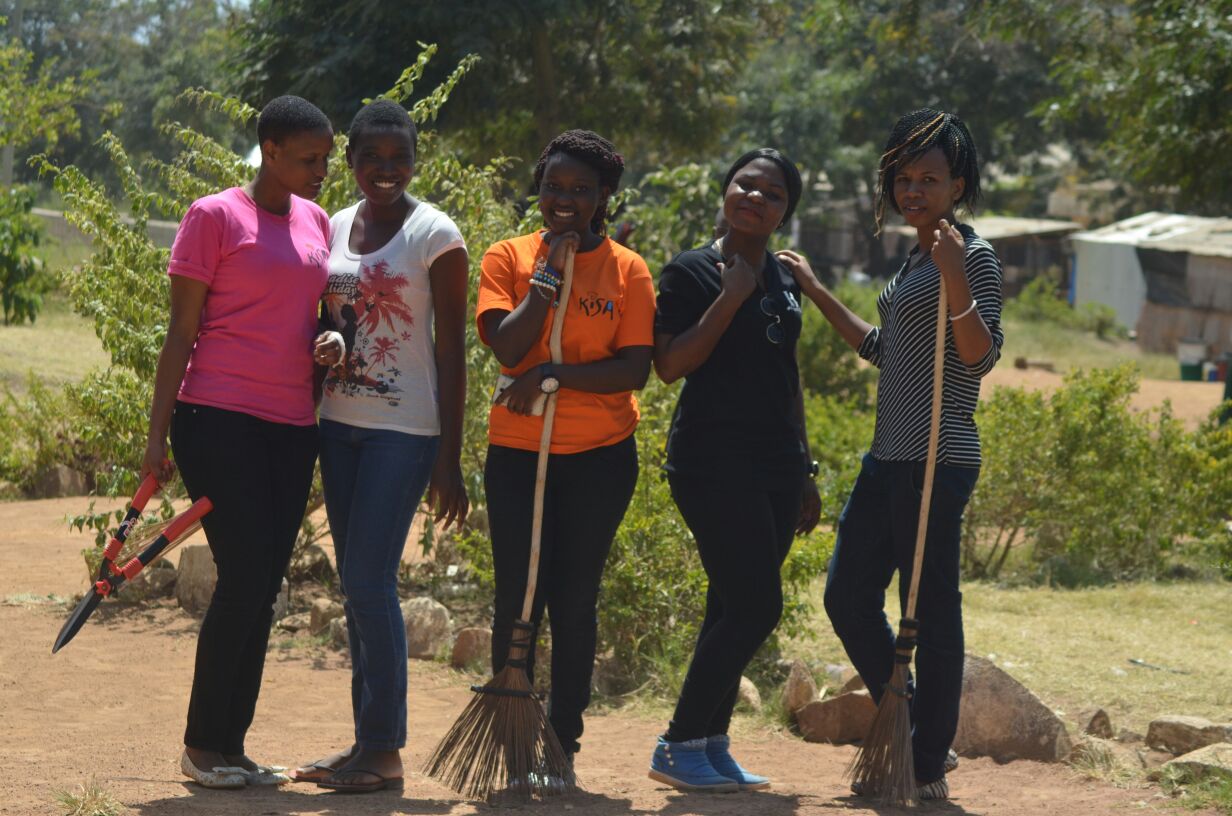 Kisa Scholars learn about leadership, in part, though stories of great leaders around the world. One of the leaders they learn about is the great Nelson Mandela. We use his leadership principles in our Kisa Curriculum, including:

After two years of training, the students get a chance to start writing their own leadership stories by helping their communities solve different challenges. This program is called the 2 Day Challenge. On their own, scholars are required to research their communities’ challenges, come up with a project, organize the community members and do the project with them.

For these girls, it was their first time to do something like this. They had fear inside them, but that did not stop them from planning the projects, introducing themselves to the community leaders and stopping strangers on the street asking them to join the projects. They learned that Nelson Mandela was once scared on many occasions, but he overcame the fear. He believed that “courage is not the absence of fear, but overcoming the fear and in turn inspiring others to do the same.”

Like any other situation where you are doing something for the first time, the Kisa Scholars faced lots of challenges, but they persevered using the lessons learned in the Kisa Classes on Nelson Mandela. One group helped secondary school students prepare for their exams by educating them on self-awareness and time management.  Their approach was to let the students first come up with possible solutions to this challenge. At the end, the Kisa Scholars concluded by giving them their suggestions. They applied the Mandela principle of “leading from the back” to show the students that they have solutions for their problems inside themselves; they only need to think deeper and work together.

Nelson Mandela has been an inspirational leader to many people, including our young Kisa Scholars.  They use his principles to bring changes in their communities – and to become outstanding women.