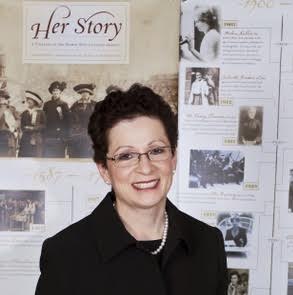 At age 39, when my first husband told me he was moving out, I realized that I had choices and decisions to make in my life. Although as an American woman and an electrical engineer, I had resources, many rights and much flexibility, I had not taken control of my life. I did not understand what my wants and needs were and I was adhering to the model followed by my father and most men that I knew – go to school, marry and have a family, embark on a career, retire 40+ years later, then die. My life had simply unfolded in front of my eyes, not all of it well or pleasantly and not all in accordance with my father’s model.

Shortly after our marriage, my husband’s parents died in a murder-suicide. At age 22, we assumed guardianship of his brothers – who were at that point ages 14 and 18. Getting them through high school and college, while working full time and earning our MBAs, was all-consuming. My focus later became my career as well as significant involvement in community activities, especially after we moved to Denver, Colorado from Charlotte, North Carolina. I was not able to have children.

And then with my first husband’s announcement that he was moving out, that world disappeared. My assumptions about my life all changed – and I went into counseling. I came to realize that I needed to plot my life’s course, consciously and deliberately. I met my second husband. I developed a personal mission statement. My community activities came to be congruent with that personal mission statement. My career evolved as my understanding of who I was and what I wanted to accomplish matured and grew.

My life and career choices became purposeful. I learned about the significantly broader community through Leadership Denver. I eventually became self employed. I heard Ashley Shuyler speak about AfricAid in approximately 2005 and my world started to become even bigger. Now, in 2016, my focus is shifting to ensure women around the world have rights, options and economic opportunities. I believe I can assist in achieving that heroic vision by helping to change the perception of women in the U.S. and worldwide. Women’s stories must be told. History is not only the domain of men and wars. I tell the stories of great women. I demonstrate that women’s accomplishments throughout world history are significant and meaningful; that women are people who deserve rights and privileges.

Humanity and economies suffer when any group is denied their rights – half the population cannot forever be subjugated and discriminated against. It is my responsibility to help make sure that women gain the rights and privileges that they merit as human beings.

An electrical engineer with 40 years of experience in the electric utility industry, Jill S. Tietjen, P.E., provides planning consulting services and serves as an expert witness. An author, speaker and electrical engineer, she served as the CEO of the National Women’s Hall of Fame in 2015. Tietjen is currently an independent director on two corporate boards – Georgia Transmission Corporation and Merrick & Company (of which she is Vice Chair). A Past National President of the Society of Women Engineers, Jill nominates women for national awards including induction into the National Women’s Hall of Fame and the National Inventor’s Hall of Fame. She has been to the White House twice to see her nominees receive the National Medal of Technology and Innovation. Jill is the co-author of the bestselling and award winning book Her Story: A Timeline of the Women Who Changed America and passionate about informing the public about women’s accomplishments. The recipient of many honors, in 2010, she was inducted into the Colorado Women’s Hall of Fame. Jill graduated from the University of Virginia with a B.S. in Applied Mathematics (minor – Electrical Engineering), received her M.B.A. from the University of North Carolina at Charlotte, and is a registered professional engineer in Colorado.