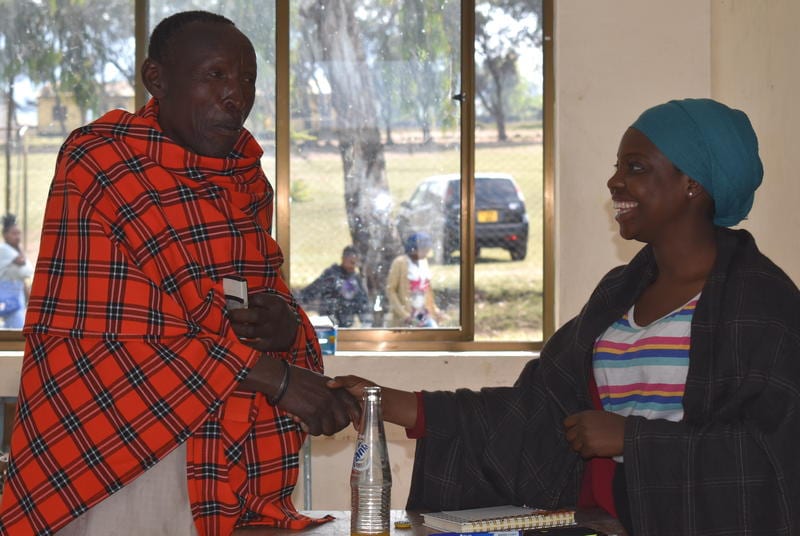 Girls are no more than wives and mothers.

This is an alarming way to begin a blog from a women’s empowerment organization, don’t you think?  It is the antithesis of what we believe.  However, it is what many Tanzanians still believe, particularly in rural areas.

Through our programs, Binti Shupavu and the Kisa Project, AfricAid is shifting attitudes about the fundamental worth of girls.  Binti Shupavu Mentors Esuvat Sangeti and Scholastica Minde share their thoughts about the importance of educating girls and the need for a paradigm shift, and the positive changes they have witnessed in a very short time.  The tide is turning in Tanzania. 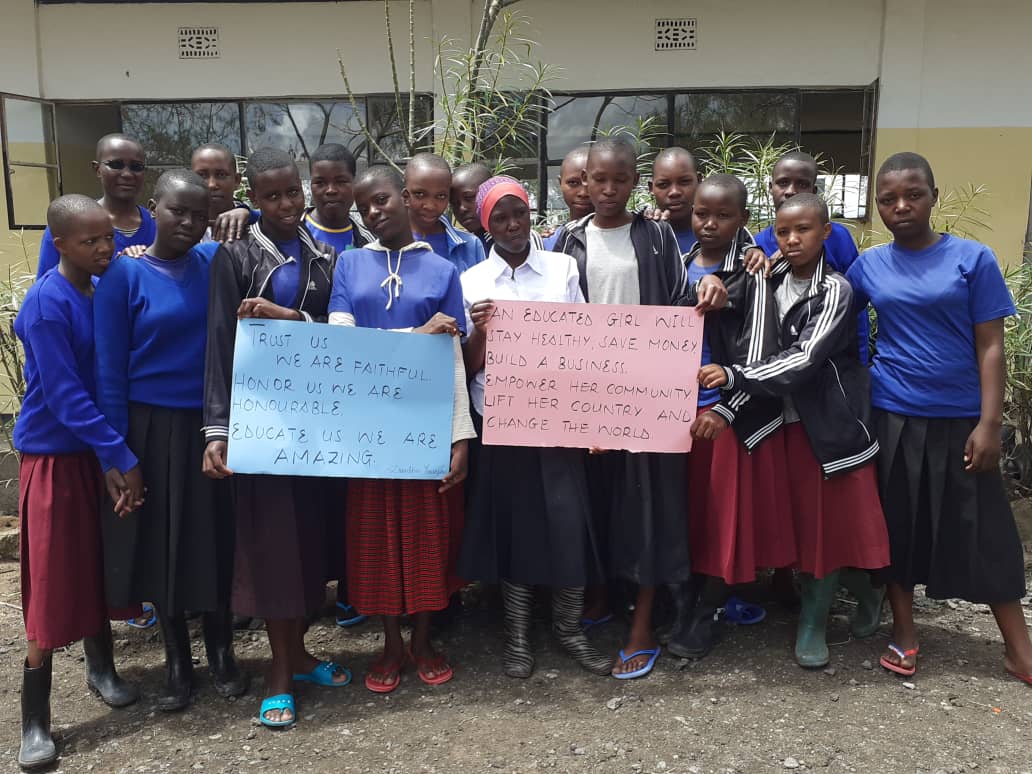 Binti Shupavu Scholars at Nanja Secondary School created these posters sending a message to the community on the importance of educating girls. “Trust us, we are faithful. Honor us, we are honorable. Educate us, we are amazing. An educated girl will stay healthy, save money, build a business, empower her community, lift her country and change the world.”

In most pastoralist communities, girls are not given equal rights to boys. They are seen as less capable physically, mentally, and in all areas outside their accepted roles, as compared to men. Some parents regard educating girls as a corrupting influence due to the time they spend with boys in school.

Due to poverty, family conflict, and single motherhood, most of our Scholars are being raised by extended families.  They live with grandparents, aunties, and uncles.  This has advantages and disadvantages, but is a negative in terms of girls’ education.  This older generation has less school experience themselves and they are thinking more about these girls becoming better future wives than their future careers.  A girl is given a lot of domestic chores and childcare responsibilities, instead of time to build her academic abilities.  And, sadly, if someone other than a parent raises a girl, she is more vulnerable to sexual and emotional abuse.  This directly impacts her self-worth and motivation to learn.

Watch this 11 minute film about a young Maasai girl and her culture’s marriage vs. school conflict.  The same girl, Naserian, gave a talk at TEDx Majengo in October, 2018 where she explained how she and her classmates spoke up about child marriage and made the film.

One of our Binti Shupavu Scholars described where girls are considered in the “pecking order” in certain communities, and what needs to change.

“Some parents in these communities would choose cattle over education for their daughters. Girls are treated like commodities. Parents and community members should give chances to girls to unlock their potential so that they can better their lives, communities and be able to take charge of their own future.”

In the long run, these beliefs have had a negative effect on the living standards of women and their families, as women lack the skills and knowledge that can help them to be exposed to other opportunities which would allow them to more effectively support their families.  Educated women can be full participants in the economy and understand the rights of themselves and their children.

Educated girls marry and have children later, thus having fewer children.  The Second Master of one of our Partner Schools, Mwandet Secondary, describes the situation before Binti Shupavu was introduced at his school.

“There were many girls who were able to continue with secondary education studies, having achieved the marks to progress, but they were expelled as soon as they began, as they were already pregnant when they arrived. Others left school later, having also become pregnant. Some parents and relatives pressure the girls to get married after they have been dismissed from studies.” 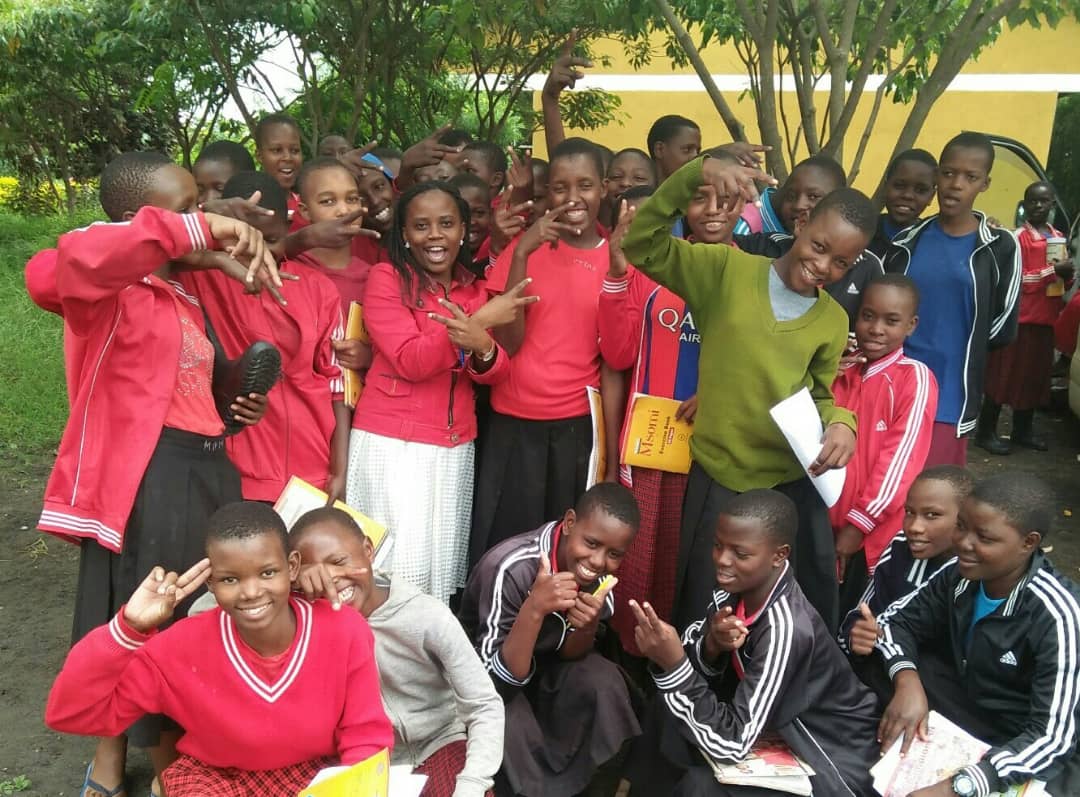 Binti Shupavu Mentor, Naomi Petro, with a class of her confident Scholars.

There is hope in the fight to see Tanzanian girls as more than wives and much has changed in the last two decades in Tanzania.

Communities need to see beyond the girl without education, and look to the potential she could fulfill if she were given a chance to learn. A girl with an education is like fire: once it has started, it will spread and burn through the whole jungle. Girls’ education is a proven and powerful investment in the wellbeing of present and future generations.  Benefits include: reduction in child and maternal mortality, improvement of child nutrition and health, lower birth rates, enhancement of women’s economic independence and their political participation, improvement of economic productivity and growth more broadly, and increased protection of girls from HIV/AIDS, abuse and exploitation. 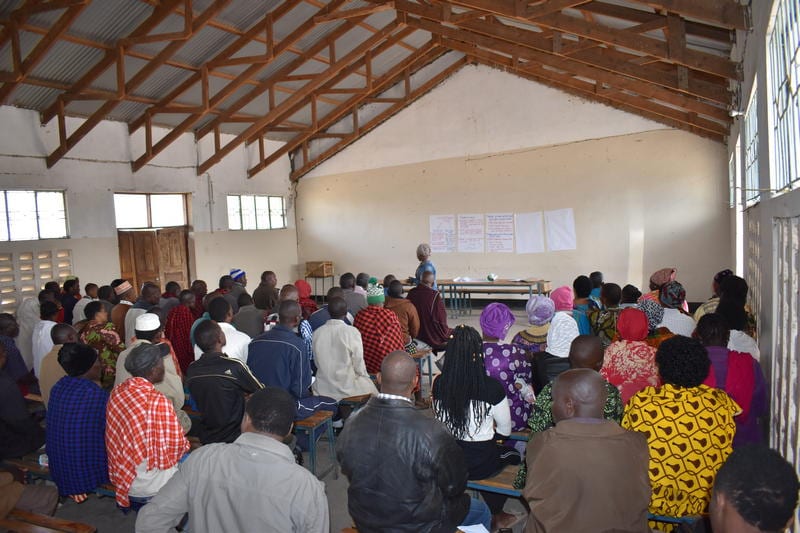 A group of parents crowds into a Parent Engagement Meeting to hear more about what their girls are learning in the Binti Shupavu program.

In recent years, we have seen the direct impact of AfricAid’s programs on community attitudes towards girls. The beliefs which are widely held across the country have been directly challenged by our Scholars, and people are taking notice.

Binti Shupavu has built confidence, resilience, and life skills in lower secondary school girls, and the parents of these Scholars are becoming more engaged and beginning to see their daughters in a different light.

“My daughter since she joined the project has become very confident and she can face any challenges.”

“Since she joined Binti Shupavu project, my daughter is very responsible and she is doing her tasks on time.  For sure this project helps my daughter.”

Read more about what parents and teachers have to say about the benefits of Binti Shupavu. 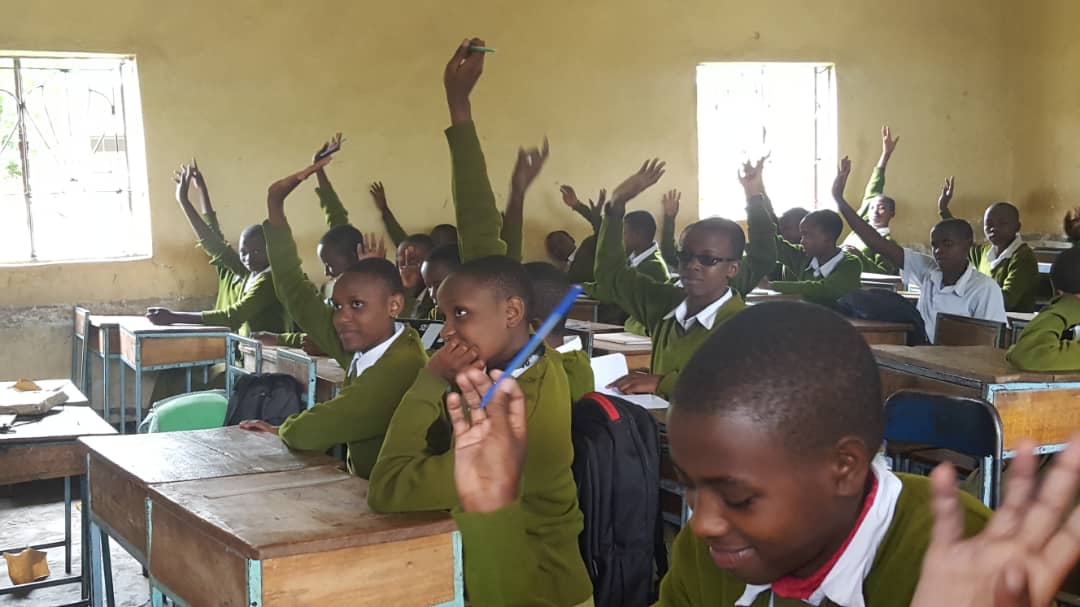 Binti Shupavu Scholars respond to questions during a session at Kimyaki Secondary School.

As more girls are exposed to AfricAid’s programs and demonstrate their strength, determination, leadership capacity, and ability to harness their education for the good of those around them, attitudes towards girls’ education and what girls are capable of achieving will continue to shift, creating a much brighter future for those women and their communities.

Read about Lucy, the Binti Shupavu Scholar who challenged her placement in A-Level to study the subjects that would keep her on her career path.

Finally, this telling quote from a taxi driver taking one of our Mentors to Magadini Secondary School is proof that attitudes ARE shifting!

“If the entire community is not well educated, then the impacts of early pregnancies and marriages will continue to be high.  I have two daughters and, to me, there is no girl child or boy child.  They are all children to me.” 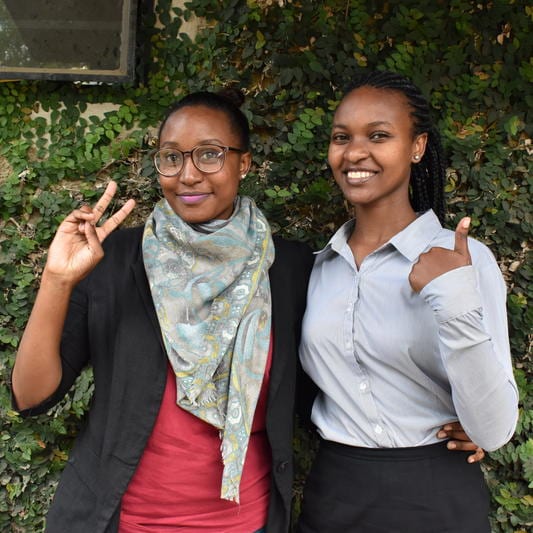